Walmart stores to start with Marine Shocker™, and Biocide Systems plans to add other products such as Auto Shocker™ in the near future

LOS ANGELES, CA – NOVEMBER 1, 2022-- Biocide Systems™, a company that serves the automotive, janitorial supply, hospitality, and lodging industries with high-technology deodorizing eco-friendly solutions, today announced it has received a “Golden Ticket” from Walmart, meaning that Walmart plans to sell its Marine Shocker™ ClO2 Odor Eliminator Quick Release Vapor at its stores nationwide. Marine Shocker is guaranteed to leave the user’s boat smelling fresh, removing all odors from mildew, fish, food, and more. Biocide Systems ClO2 Products such as Auto Shocker™ Room Shocker™, RV Shocker™, and Marine Shocker™ have won wide acceptance as the new "green" and very effective method of successfully eliminating severe odors. Marine Shocker is the first product Biocide Systems will sell through Walmart and plans in the future to add additional products from its line, such as Auto Shocker.

“Each year Walmart invites companies to showcase products at a two-day event where retailers meet with buyers. If your product is accepted, you win what is called a ‘Golden Ticket’ and we are thrilled to have been presented with our Golden Ticket to have our products sold at Walmart stores nationwide. This is the result of a lot of hard work by our team at Biocide Systems, of whom I am extremely proud,” said Biocide Systems™ CEO/co-founder, Juan Carlos. “We have long been known as industry disruptors in the field of environmentally friendly deodorizing technology, and our growth continues its amazing trajectory. Marine Shocker is just the start for us at Walmart, as I feel our other products such as Auto Shocker will prove extremely popular and in demand.”

Biocide Systems has a large presence in the automotive industry, is used by many dealers to eliminate odors from vehicles, and will be at the 2022 SEMA Show in Las Vegas, November 1-4, showcasing its technology.

Biocide Systems’ ClO2DMG technology™ delivery system enables the odor-killing properties of chlorine dioxide (ClO2 – not to be confused with chlorine) to be safely and affordably delivered in a gas solution (Auto Shocker™) or liquid (Liquid Shocker™).

Auto Shocker™, which will be demonstrated at Biocide Systems' booth during the SEMA show, eliminates all kinds of odors due to a new, proprietary technology perfected by Biocide Systems™ and CLOO Labs, Inc. Auto Shocker™ completely removes – not just masks – any trace of stenches that can linger in the confined spaces of vehicles. This includes cigarette smoke, spoiled foods, rotten milk, mildew, pets, urine, and vomit, to name just a few.

Auto Shocker™ offers dealers a lot of versatility. The non-toxic, ClO2 vapors move through the air and penetrate porous surfaces such as fabrics, leathers, and vinyl, to permanently remove 100 percent of even the most stubborn odors from vehicles of all sizes, leaving behind a fresh aroma similar to that of clean laundry.

Biocide Systems™ co-founders Juan Carlos Baselli and Spencer Blua will be available to discuss their recent win with Walmart, as well as their products Auto Shocker™ and CIO2 Liquid Shocker™, and the unique technologies behind them, during the 2022 SEMA Show, November 1-4, at the Las Vegas Convention Center. 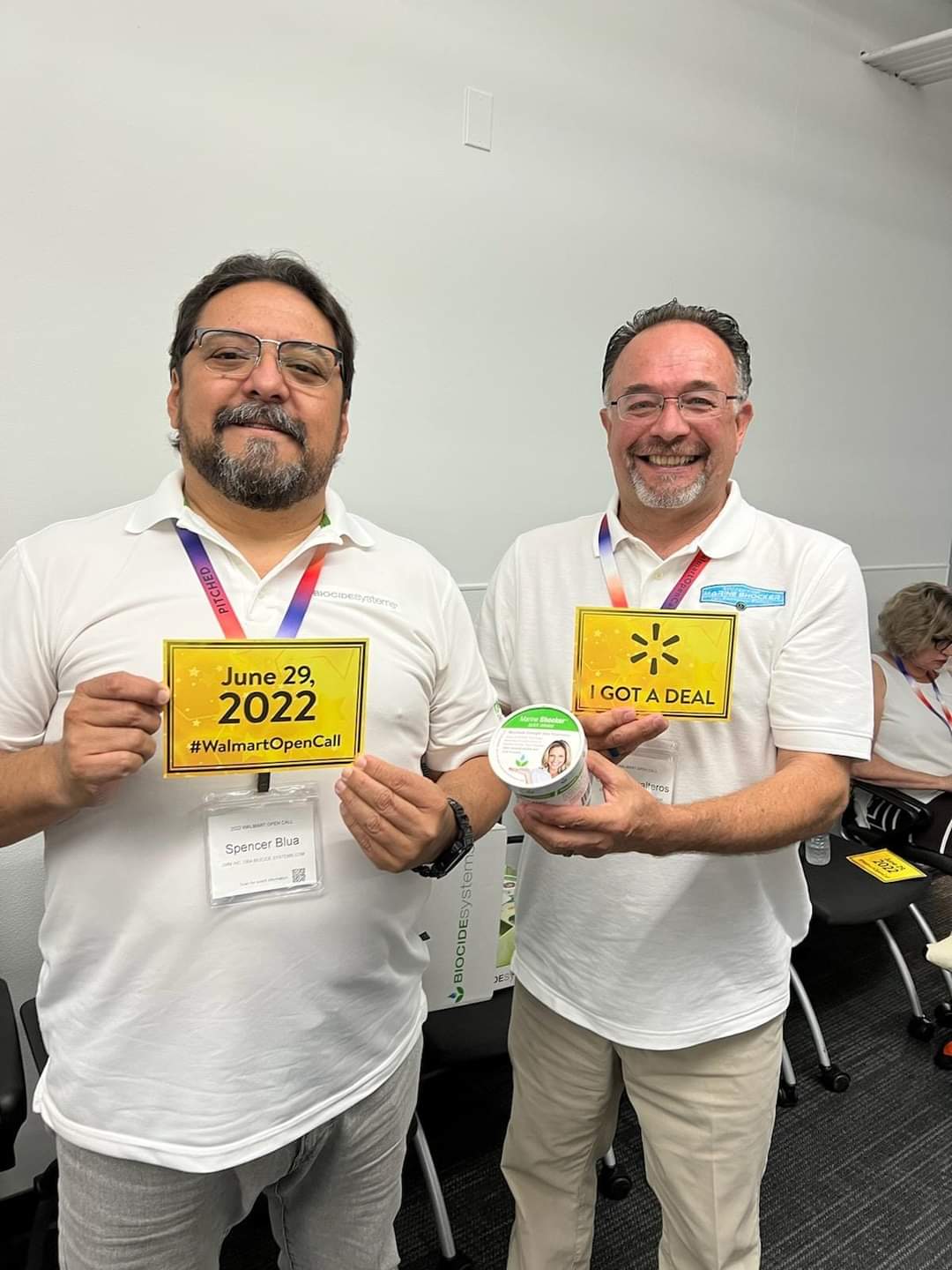